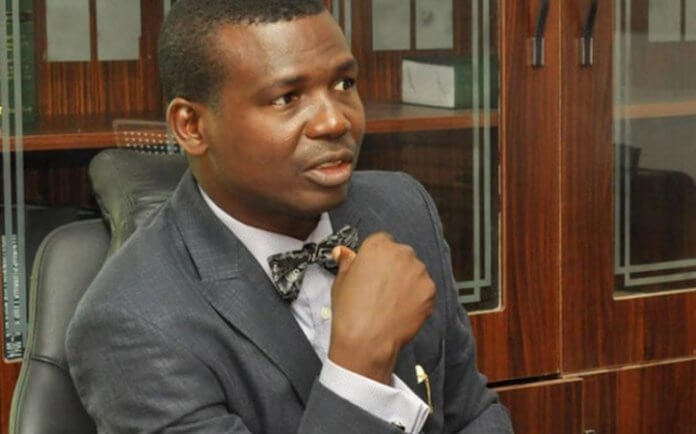 To say that the scalding 309-page report of the Lagos State Judicial Panel of Inquiry on Restitution for victims of SARS-related abuses and other matters which also cast a critical eye on the Lekki toll gate massacre rattled many people will be to put it mildly.

When the Lagos State Government empanelled the Judicial Panel of Inquiry to investigate reports of police brutality and particularly the horrific Lekki toll gate shootings of October 20,2020, it probably did not envisage that the panel`s report would be so lacerating of the many lies told in the aftermath of perhaps the worst national tragedy since the country returned to democracy in 1999. But with the intrepid Mrs. Doris Okuwobi, a retired judge of the Lagos State High Court, and the impregnable Mr. Ebun-Olu Adegboruwa, a Senior Advocate of Nigeria and prominent member of Nigeria`s Civil Society, on the panel, the report was always going to be rasping.

Now that the report is out there, instead of remorse, repentance and realistic restitution by all those indicted in the massacre of innocent protesters, there is instead a reprehensible resort to the rusty rapiers of revenge and retribution.

Lawyers have been deployed to publicly dispute the report but killers who brandish threats like a second grotesque tongue have also been commissioned to visit harm on those who worked on the panel. Already, a witness who dared appear before the panel is nursing machete cuts. Mr. Adegboruwa, one of the panel`s more prominent faces and voices, and a long-time defender of Nigeria`s trampled, has raised an alarm over threats to his life. Specifically, he has asked Nigerians to hold the government responsible should anything happen to him.

Of course, having contributed to an unexpectedly searing indictment of some of Nigeria`s most powerful institutions, Mr. Adegboruwa should expect a backlash from thugs in Lagos, Africa`s capital of thuggery, where the government lauds and patronizes thugs.

The Judicial Panel of Inquiry made far-reaching recommendations which included sanctions for those found culpable in the heinous crimes committed against Nigerians on October 20,2020. However, with cowardly circus now in full swing presumably at the instance of state actors, Nigerians can divine that the report and its recommendations are fated for the trash bins.

An Igbo adage holds that, ‘It is a person who deliberately removes himself from a boat that turns around to say that the boat did not accommodate him’ in criticism of those who shoot themselves in the foot.

For the full year that the panel sat in Lagos, invitations were extended to those mentioned in complaints before the panel to come and defend themselves. But because their lockers were prodigal with skeletons, they declined the invitations. Now that the panel report is out, they are crying foul. Presumably, it is they who have commissioned those who now threaten those who sat on the panel.

Because too much power has been wielded for far too long by those who would rather fete their personal empires and flex muscles than build institutions, Nigeria has many weak institutions.

Through the yawning cracks of these institutions, anything goes. When those who rig themselves into public office abuse public power to crush those who disagree with them, they do so with no fear of reckoning whatsoever.

So, Nigeria has become one large jungle where apex predators devastate the food chain, leaving the animals at the bottom to shrivel with starvation before consuming them.

For Mr. Adegboruwa and all those who sat on the panel, the resoundingly grateful applause of Nigerians at a job well done will drown out the chilling threats of the cowards whose battleaxe is impunity; against the towering battlement that truth is, their sharp arrows will break.