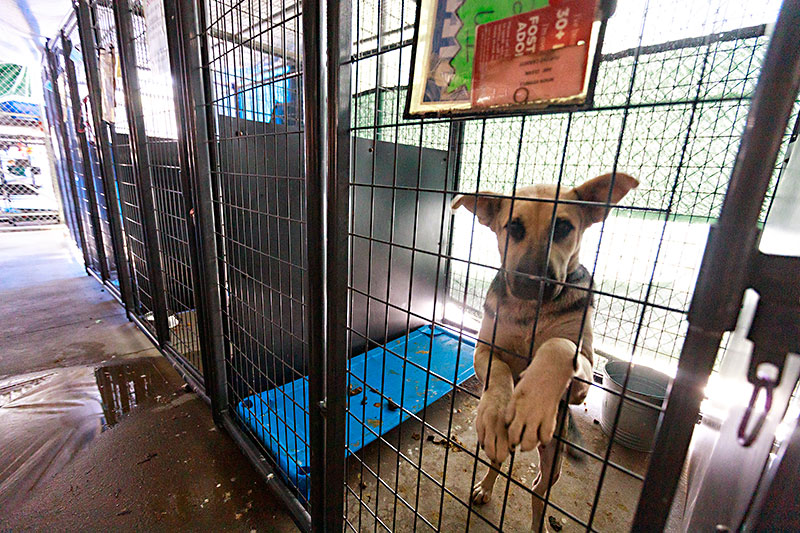 Companions and Animals for Reform and Equity (CARE), a Baltimore-based nonprofit that focuses on the nexus of animal welfare and racial justice, is partnering with researchers and professors at Huston-Tillot­son University to bring an intersectional lens to a sociology class on animals and society this fall. The course is one of the first of its kind in the U.S., and fills a gap that Mueni Loko Rudd, CARE’s director of research and development, says is missing from the predominantly white animal welfare space. The class grew out of a University of Tennessee, Knoxville study that examined how animal control and welfare organizations’ policies disparately affect people of different racial and ethnic groups. The scope will be broad, though, considering interactions between animals and society beyond the shelter system, “remembering these harmonious relationships that we have had historically with animals in the environment,” says Rudd.

Professor Grace Chairez, who teaches the course, says students will focus on post-pandemic changes to society that intersect with “people finally understanding what we’ve done to the environment. We’re actually better off to get along and coexist with [animals] in nature rather than dominating them.” Chai­rez says the way we treat animals “reflects our dominant American thinking. We’ll be talking about who’s forced to give up their animals … if a person is in a situation where maybe they don’t have shelter, or it’s hurricane season and they’ve got to evacuate … If they’re at the mercy of the government their animals may not be accounted for.” Rudd adds that pet owners of color are treated differently by the shelter system: “Black and brown people’s animals are being taken away [when] a shelter could help give free access to care, versus vilifying someone who just doesn’t have money.”

A key component of the course is a research project where students will interview 5-8 people of color in the animal welfare sector on their pre-, mid-, and post-pandemic experiences. Rudd and Chairez want to intentionally center Black and brown authors, “versus the more dominant white literature” used in shelters and vet schools, and Chairez says she hopes students at the end of the course will “be ready to be thinking beyond this class, where would I plug into it, and maybe that would be as simple as fostering. But maybe it would be literally being out there trying to educate people.”

Got something to say? The Chronicle welcomes opinion pieces on any topic from the community. Submit yours now at austinchronicle.com/opinion.