During the Los Angeles Lakers’ Wednesday win over the Indiana Pacers, LeBron James asked to have two fans sitting courtside at Gainbridge Fieldhouse escorted out.

Turns out the fans were taunting James in a malevolent way. 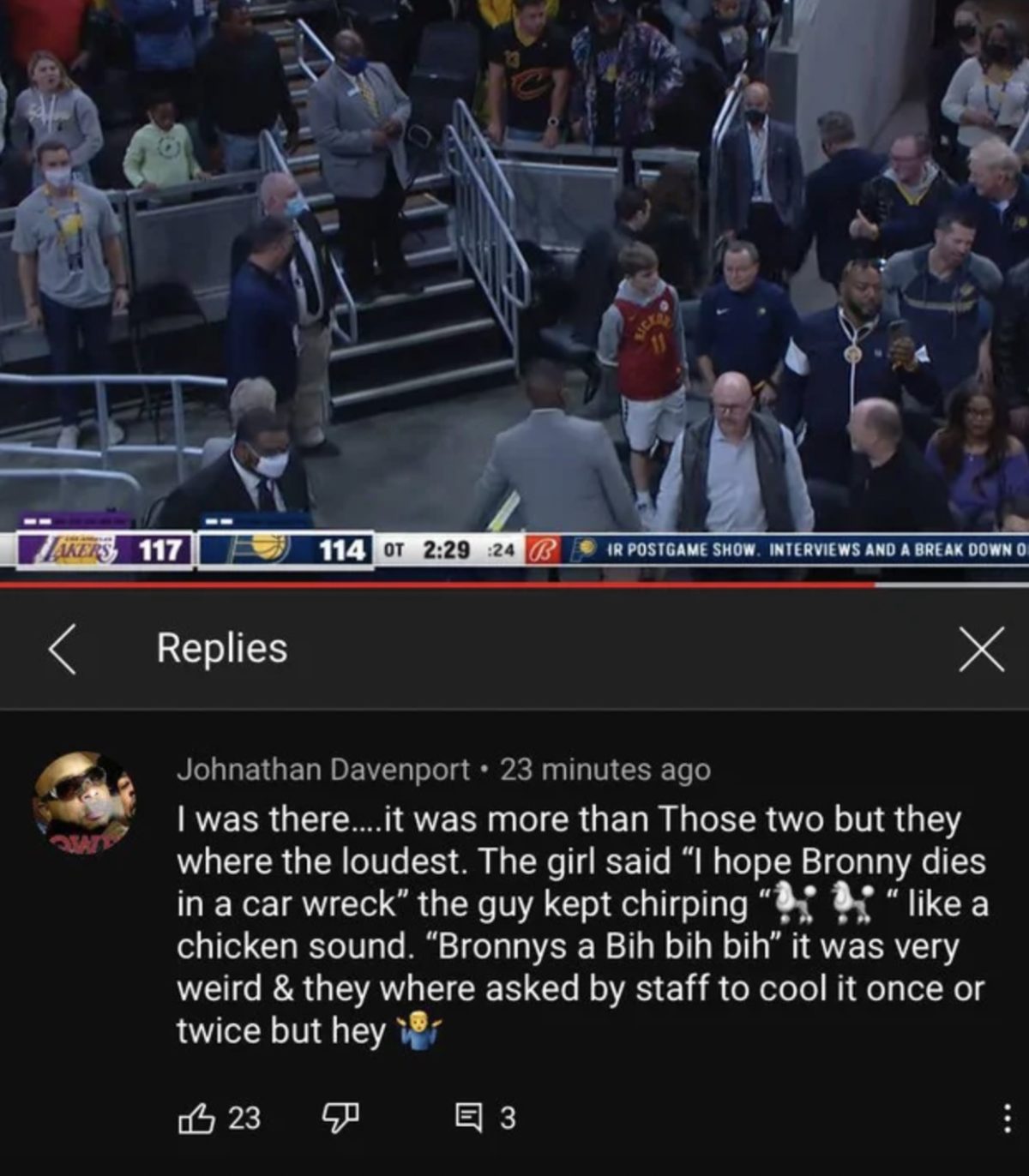 The four-time MVP may be one of the world’s most popular athletes, but he has also become something of a polarizing figure in recent years. Perhaps it’s because he has taken the initiative to champion progressive social causes and fight for racial equality, which has opened him up to criticism from those on the other end of the political spectrum.

As they often have this season, the Lakers fell behind by double digits and looked to be in deep trouble. But they showed some defensive muscle in the third quarter and battled the Pacers step by step down the stretch.

The win ended the Lakers’ five-game road trip on a somewhat positive note. They won only two of the contests, but both victories have come in the team’s last three games.

All told, L.A. is now 6-3 this season with James in the lineup and 4-7 with him in street clothes.

The Lakers will return home to face the Sacramento Kings on Friday before a rematch with the Detroit Pistons on Sunday.

The Pistons game will come exactly one week after both teams faced off in Michigan. It was there that James and Isaiah Stewart were ejected and suspended after taking part in an altercation.